Sorry I have been totally MIA for the past week. Been extremely busy with the last presentations and reports. It went quite well, despite the too much procrastination and last minute work. I have also been watching way too much Warehouse 13 (TOTALLY DIG CLAUDIA AND TODD <3) and Pretty Little Liars and now Two and a Half Men especially the part in the theme song where Jake grows. Totally hils!
Also my house has been kinda ransacked twice by thieves. On broad daylight, while people were NOT sleeping! The first time, some guy took 4kgs of arecanuts. I know, lame even for a thief. People like him probably give a bad name to the profession. No one saw the crime take place, because it was probably well planned. Yesterday, some dude asked me whether the ranhadhaa place in the block (which is inside my house, kind of!) would be open, and I told him not, because it was Friday and they close the place. Apparently he went and took everything there. I felt so guilty as if it was because of me that he did it. But of course, I was just a little pawn in his game, or whatever. Its hard to live in your own home now let alone talk to people. I have to live in constant fear not to be mugged while eating! NOT COOL!
Exams start from tomorrow, and my life’s pretty stable now. Exciting things, too much drama (am I the only one whose life is not dramatic? SUCKS!) and lots of studying going on now.
Also some movies I watched in the past week; 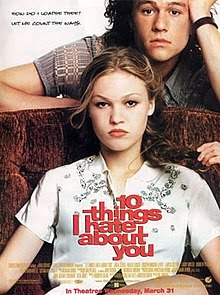 The exam schedule is pretty dull with three exams on three consecutive days, and 11 days of holidays for eid followed by the last exam, which is the easiest one. >.< WHO EVEN MAKES THESE THINGS?
Scribbled by Shaha when the clock ticked 9:16 AM
Email ThisBlogThis!Share to TwitterShare to FacebookShare to Pinterest
Labels: in my life, Movie Reviews