This new year, I have plans to read at least a book per week. Last year, my reading was at a record low until I got my Kindle then I had some good reads but it was still not as much as I had hoped. I also have got a new Infinity card so I'll get to watch more movies and series this year. Here's what I am watching, reading and listening to right now. 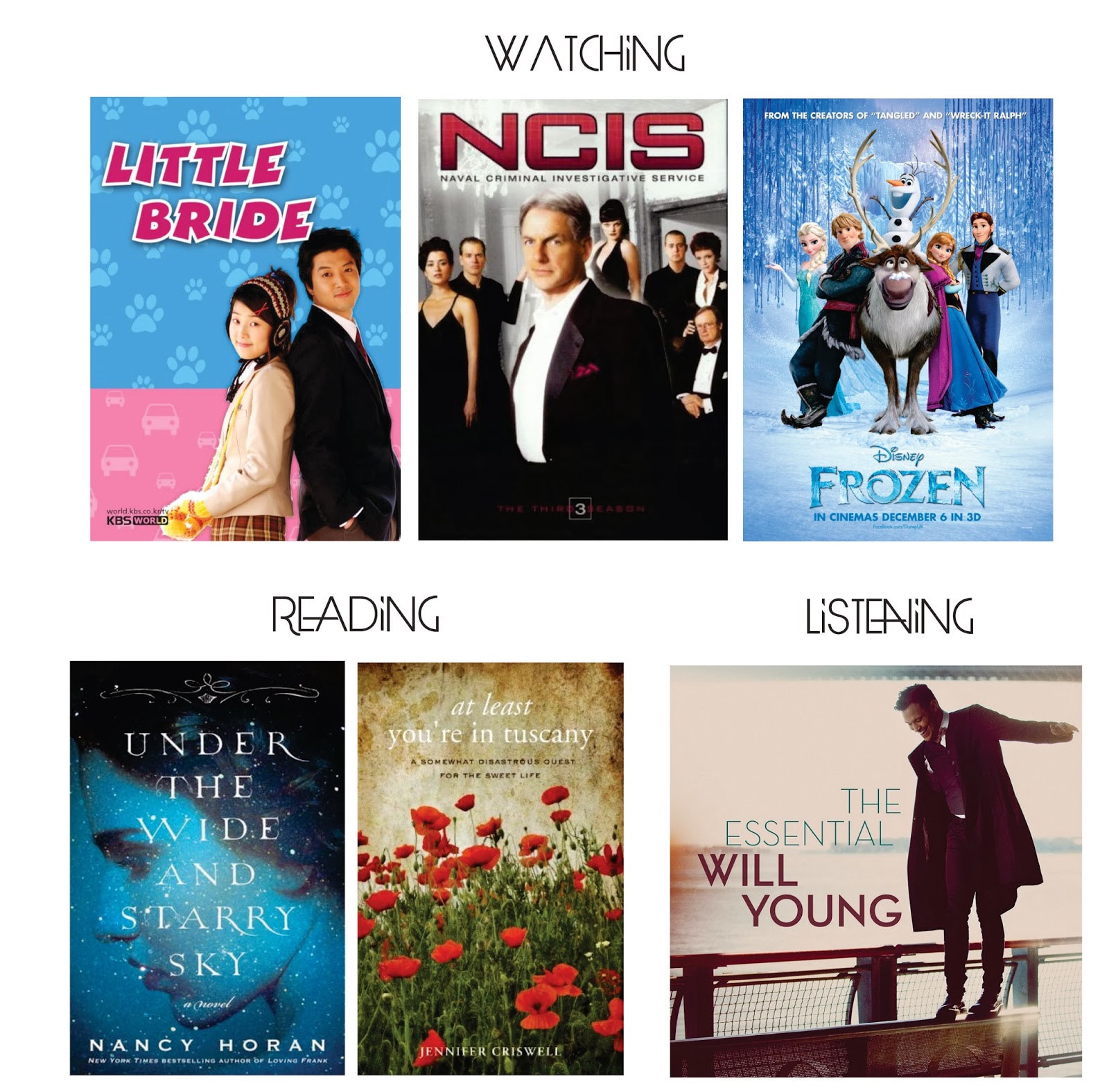 Little Bride | This is also known as Sweet 18, a very fun Korean Drama. I remember once writing a story where two people were betrothed from their birth and watching this makes me very giddy about the whole thing, ahaha. Also, Koreans are just, extremely dramatic.

NCIS S3 | Last season was totally nerve wrecking and the ending was so tragic I'm still finding difficult to believe it. Gibbs and Abby are the reasons I watch this show and I have so much to catch up on.

Frozen | A lot of my friends suggested to watch this movie and I just got it and haven't yet had time to get my sisters together and watch it. I don't want to watch it without them and so it's taking a while. I have heard some of the songs and I am so looking forward to finally watching this.

Under the Wide and Starry Sky | This book is lined up to be read next week. I haven't read anything by Nancy Horan and I have no idea what it is about but judging from the cover, it looks interesting

At Least You're in Tuscany | I started this yesterday and it is so far just so good! I love reading travelogues, especially by young woman and this book is about one of my favouite places in Italy. Jennifer writes with such honesty and authenticity it makes this book a very good read. I am almost into half of it now and her adventures and troubles are always a lesson.

The Essential - Will Young | I just discovered him yesterday and have been listening to him non-stop. He is absolutely fantastic and Leave Right now is my favourite song from this album. Also did I mention, he is English. I really need to stop obsessing over foreign guys.

What's keeping you entertained this month?
Scribbled by Shaha when the clock ticked 1:17 PM
Email ThisBlogThis!Share to TwitterShare to FacebookShare to Pinterest
Labels: currently