It's been a couple of months since I graduated university! It still feels unreal. The day of graduation was extremely fun. I also got first place in my degree course so it was pretty cool. The aftermath was the most fun. I had four different photo-shoots with friends, family and classmates. The day seemed to last forever. 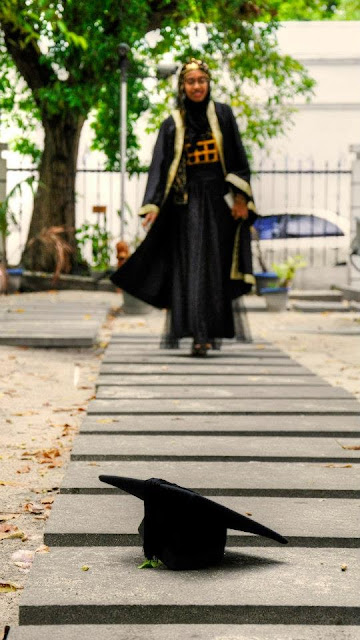 I have always wanted a picture like this! The inspiration was from a wedding picture, but I think this turned out much better than I expected. 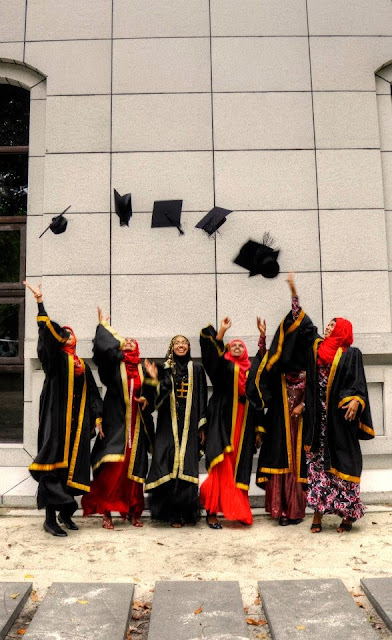 Hats in the air! This was a super duper magical tv series moment! We were rather sad that some of the caps said we couldnt't throw it in the air, but being the rebellious kids that we are, we gave no thought to what would happen, haha 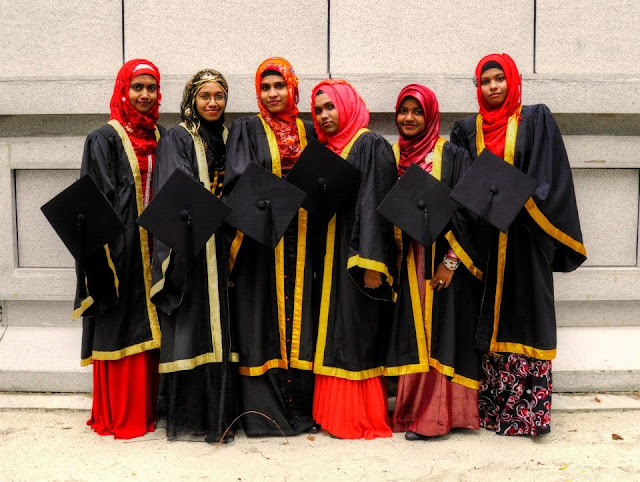 and at last, a picture of us all looking graceful and all. L to R: Em, Me, Fit, China, Nonns and Firu. The girls were all wearing shades of red unknowingly so I look like the odd one out in by black and gold, haha 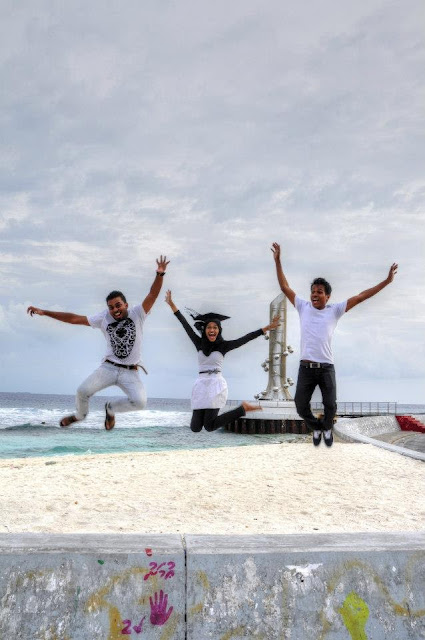 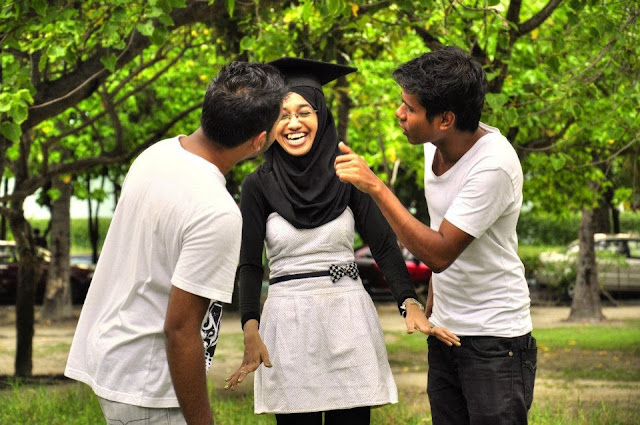 I absolutely love this picture. I don't know what's happening but I look so happy. I love how we are colour coordinated, unknowingly haha. It was such an amusing day. 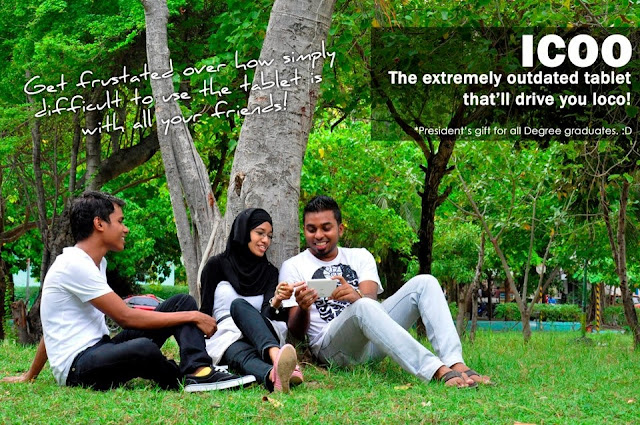 And last, an ad for the gift from the president. It was this music player called ICOO, a Chinese brand which is only good for two things, watching videos and recording things, haha.

A special thank you to Imy, the photographer who is super duper nice and took his free time to come and shoot us on two separate days and made that really funky ad. He's a great pal.

All in all, it was definitely an amazing day and I was so excited about it.

Have you graduated yet? How was it like? Tell me more, in the comments below.
Scribbled by Shaha when the clock ticked 1:35 PM
Email ThisBlogThis!Share to TwitterShare to FacebookShare to Pinterest
Labels: FMC, Friends, people