I absolutely loved this show. I think Mh was the one who suggester to me that I am like Jane/Jane is like me. Anyhow, being the person who hopes to one day be in Fashion, I felt a lot like Jane. I still do, except of course I'm not in high-school anymore and I do not have a double life working for a fashion line.
Jane is a 16 year old high-schooler who applied for an internship at Donovan Decker but was mistaken for the job of an executive and started working there juggling her high-school life, her punk-obsessed best friend whom she also happens to love, and so many other high-school and high-fashion drama going on with India who wants her boss's job, and the ever handsome British designer Jeremy. Then her mother comes home, and her brother's in love with her guidance counselor and her brother's old flame comes back and there's best friend's new girlfriend and her boss's nephew who likes Jane. Seriously, this girl has got more drama than Blair, Chuck and Serena combined.

I don't keep track of the drama, (except for the ones to do with fashion of course  and I mainly watch it for the dresses, the accessories and THE SHOES! Jane has a penchant for tutus which I never really understood but I absolutely adore India's style and Jane's accessories  especially her belts and rings. Girl knows her stuff too well.
India's comeback in short hair and fancy blazer! 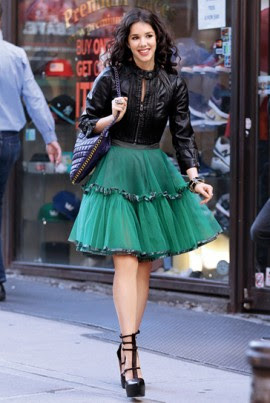 Jane and her tutu's. Which pretend 22 year old wears these to work? Especially to work in a fashion label?
Here are the boys!

Jeremy Johnson, the British guy who is the head designer at Donovan Deckers. He has a slight obsession with vests. He and India and Jane can be considered some sort of a love triangle. He also does some stuff leading Jane to fly to London. Nick Faddon, the preppy popular guy who is extremely nice and also plays Prince Charming and he plays basketball. Jane had a major crush on him since forever. 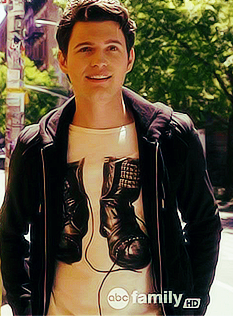 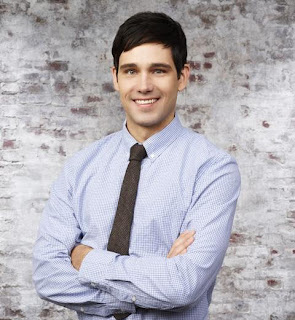 Eli, Gray's nephew and protege'  who also likes Jane, big surprise huh! The big brother Ben Quimby, who is adorable and all. 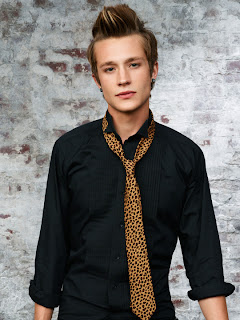 If you're the kind who watched stuff for the fashion, you are going to love this. I am still a bit sad that it got cancelled.
Scribbled by Shaha when the clock ticked 7:00 AM
Email ThisBlogThis!Share to TwitterShare to FacebookShare to Pinterest
Labels: tv