Last night was such a great start to February, my month! Jensys Alumni Maldives (JAM) organized one of the best things to happen this year yet, the Shinzou Con and DYM was the event partner. So proud of DYM! :')

I was going to participate in the cosplay competition but decided against it as I just wanted to meet people and have fun without the added pressure but mom helped me come up with a last minute costume for Mick and I and we had a great time. Mick got too overwhelmed because there were too many people so Dad picked her up and took her home by 9 and then I joined the rest and night is history!

So many awesome people, so little time! The people were such a fun bunch and the best part was all these strangers coming and asking to take a picture and making general conversations. 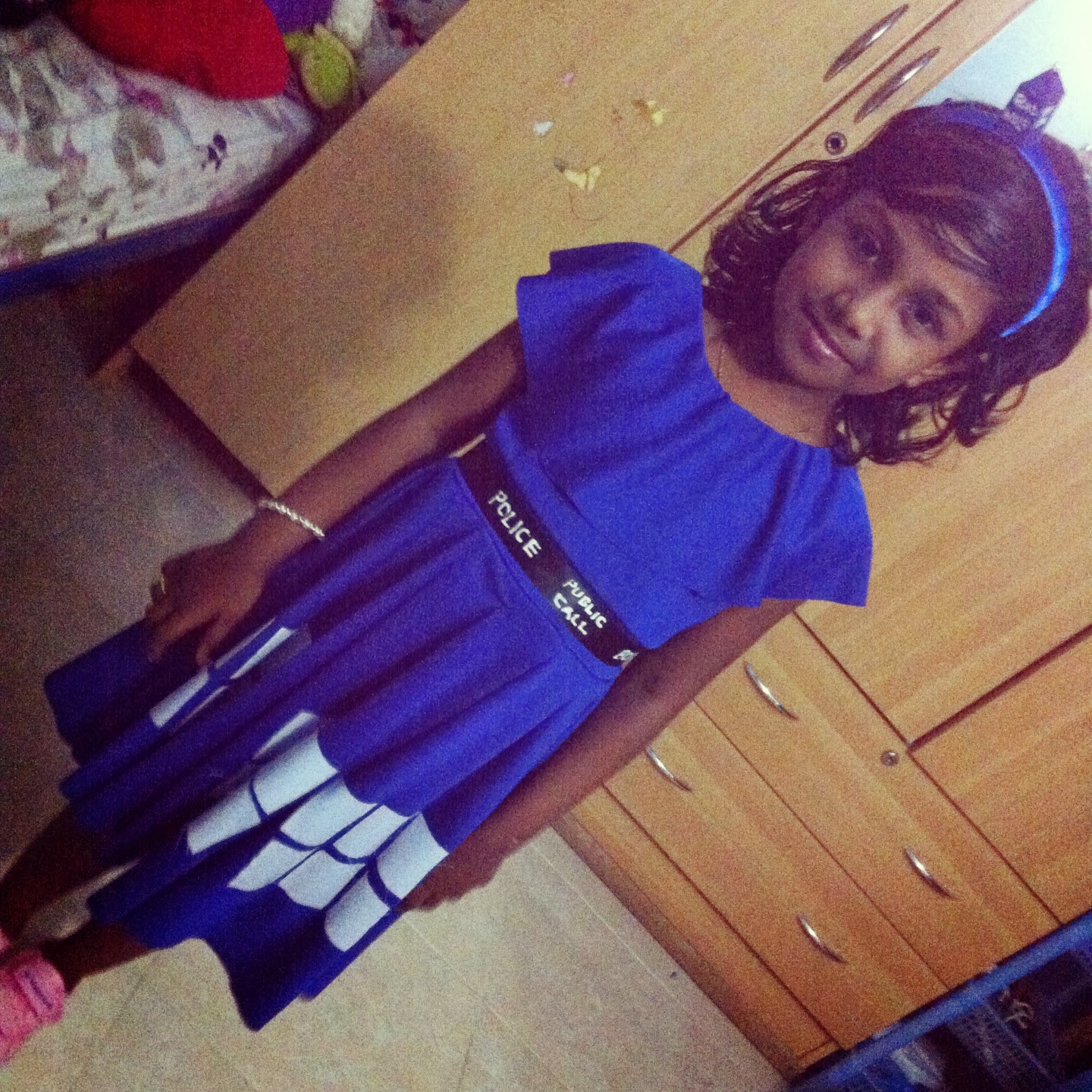 Here is Mick in her pretty TARDIS dress. She was a bit scared of the many Grim Reapers but I think she had a good time. That dress was super easy to make. Just cut some rectangles and stuck them and the hardest was the mini TARDIS in the headband which took about an hour and looks so cute! 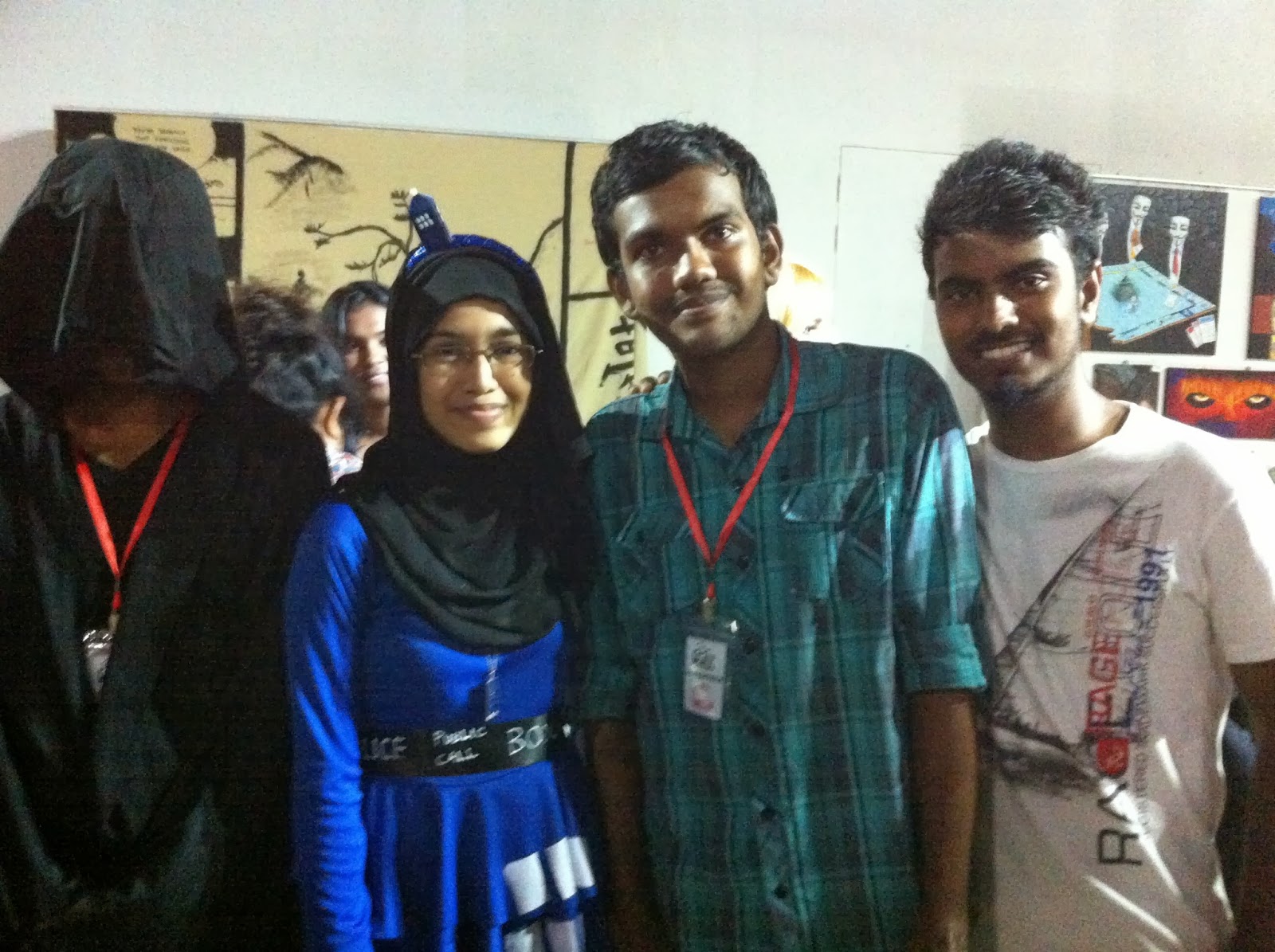 and ofcourse, my favourite people showed up. Jin was a dementor and Hishko is looking most Hisko like and Abe is always Abe. These people are amazing. I love you guys. 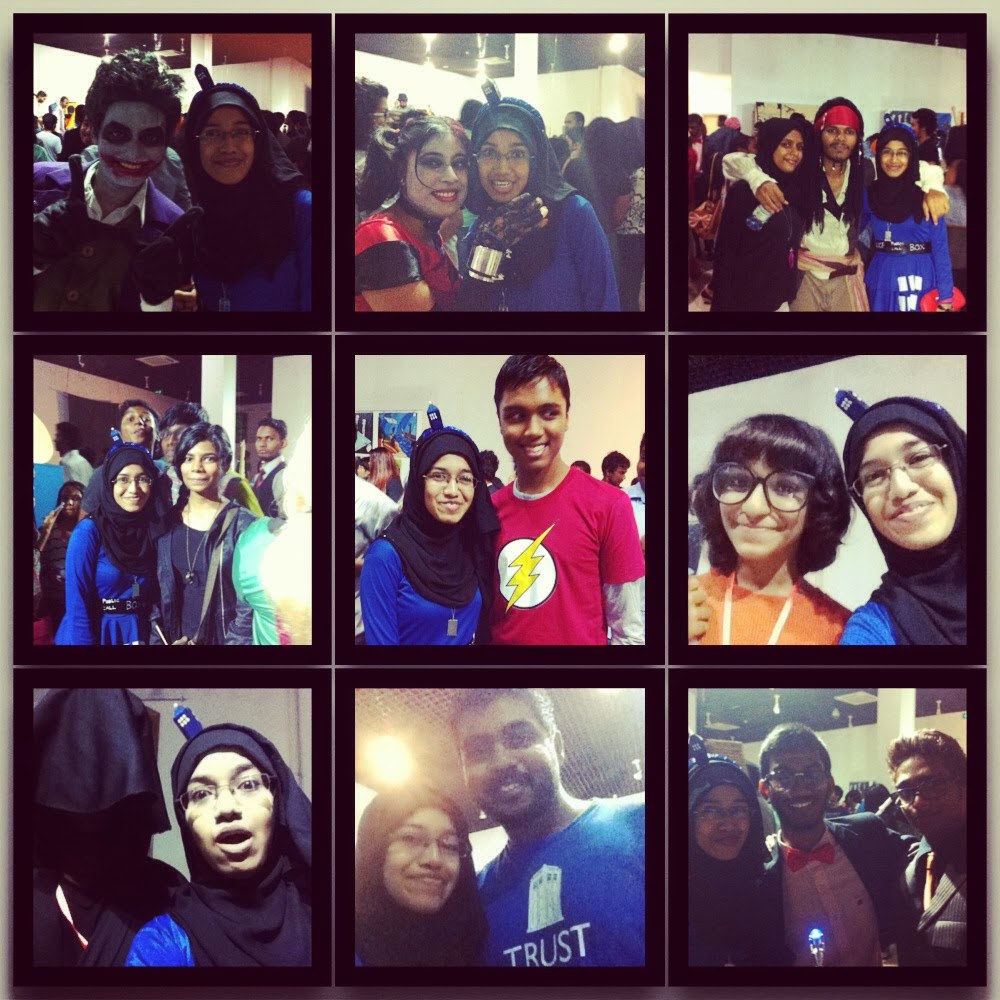 And cue, some of the coolest cosplayers! Joker, Harley Quinn, Captain Jack Sparrow, Katniss Everdeen (who was just so adorable!), Sheldon Cooper (Al is perfect for this and it was just the most well done, easiest costumes ever!), Velma, Dementor, The Doctor and my two doctors, 11 and 10! I didn't actually know 11 but he and his friend came over and wanted to take pictures and it was just so excitiing!

Overall, a brillaint event and I can't wait for next year. I think they might have to get a bigger venue! Great work everyone involved.
Scribbled by Shaha when the clock ticked 12:59 PM
Email ThisBlogThis!Share to TwitterShare to FacebookShare to Pinterest
Labels: DYM