Yesterday started great, but ended kinda weirdly. Mom had made chocolate cake but since I much prefer chocolate balls, I made them! Me being me, I added too much chocolate syrups so they lost the shape and they look super wobbly but they were tasty! 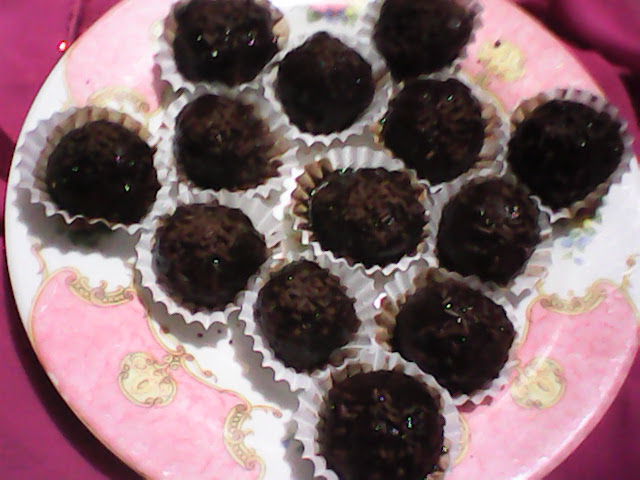 I also made some new food which tasted horrible, seriously! It had leftover tuna filling, flour and lots of cheese and I baked it but it turned real bad. -.- Oh well.

I watched a couple more episodes of New Girl and that was it. It was a rather lazy day. Later, the guys and I played cards and I won. That's twice in a row! :D
Scribbled by Shaha when the clock ticked 10:26 AM
Email ThisBlogThis!Share to TwitterShare to FacebookShare to Pinterest
Labels: 30 days, in my life