So yesterday I was at work going through my Pinterest recipe board for some inspiration and saw something I've been meaning to do forever, pizza tartlets. They looked amazing and I decided if any day is the day to do this, then it be today and I went home and ran to buy some cheese and flour. There were lots of running around because I forgot to take cash and had to reach there before the store closed -.-

So finally, after I had all the ingredients, mom made the stuffing because she thought I'd take forever (which I do, but I believe in doing things right no matter how long it takes, haha) so I was free to do all the prepping. I do not own a muffin tray (I've been meaning to buy one forever) and so I made them in ti cupcake plates and I thought it was going to be a major fail so I also made a normal pizza so we would have something to eat, haha. 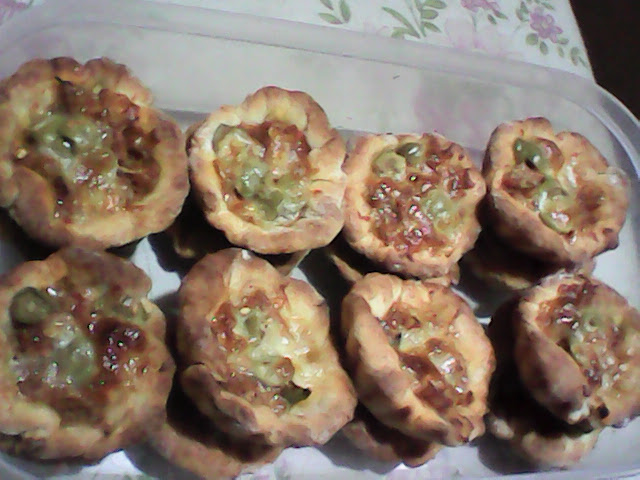 But man, they were such a success! They tasted amazing and looked great too. I made two dozen of them and I have no leftovers which rarely happens. I also invited a couple friends and with Thoopi's friends we played a round of Pictionary, a game called Dhogu and 10. It was definitely such a fun day and night!
Scribbled by Shaha when the clock ticked 11:18 PM
Email ThisBlogThis!Share to TwitterShare to FacebookShare to Pinterest
Labels: 30 days, in my life