Life is indeed strange eh. I had a great time today being me and even though I almost blacked out because I didn't eat much last night I seemed fine. Everything seems to work great. 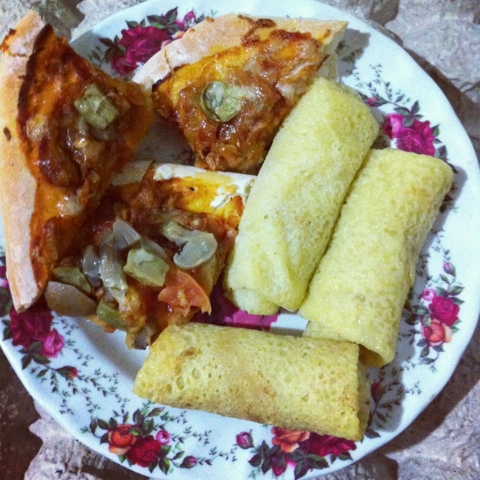 It started raining heavily after Iftar (I made Pizza which was great and mom made Riha Folhi which is a household favourite) and for some weird reasons we got flooded (well, we live on on the ground floor, so figures eh) and then I was trying so hard to find a cab to go to Abaya show. Finally, I caught a ride with a cousin-in-law.

The show was so so fun. I was part of the Hijab team with Shumsie's Bridal Hijabs and it was my first time putting on the Hijab for anyone else but me and especially for a public show, but I think I did fine. The Abayas were so pretty despite being so heavy. I'm not yet ready to don one, till I get some more kilos on me so I can even manage to walk in one, haha. The models were the best. They were so much fun and such great company and they all looked gorgeous thanks to make up by Riz from Leykokaa Looks who I swear does the best make-up. I would know since she did my make-up for two of the shoots previously.

The show itself was just nice. The crowd was big and most of them were pleasant and nice. It was really nice seeing the models going through the runway and showing the beautiful designs and once they are done, it was running back to the room, and repeating the putting on Abayas and Hijabs. There were three collections and by the time it was all done, we were so tired and the place was filled with random pinheads and safety pins. haha.

Definitely one of the best nights so far. Were you guys there last night?
Scribbled by Shaha when the clock ticked 10:09 AM
Email ThisBlogThis!Share to TwitterShare to FacebookShare to Pinterest
Labels: 30 days, fashion, in my life